Carlos María Pinasco was born in Buenos Aires on August 25, 1950. He is the son of Dr. Juan Carlos Pinasco, founder and president for 16 years of the Fondo Nacional de las Artes.
High School Degree: Colegio Champagnat. BA in Economics from the University of Buenos Aires. Postgraduate Laura in Economic Development and Agricultural Economics at the Istituto di Studi Per lo Sviluppo Económico, Italy.
Between 1972 and 1987 he worked as an economist in both the private and public sectors. He became Vice President of the National Grain Board in 1983. Between June 1987 and January 2014 he shared, together with Ignacio Gutierrez Zaldivar, the directorship of Colección Alvear de Zurbarán, where he presented over 250 shows of Argentine Art.
He participated in the planning and implementation of mega-exhibitions organized by Zurbarán in several Argentine museums. Among these: "40 Masters of Argentine Art", "Quirós", "Soldi". "Fader", "Presas" and "Molina Campos"
He inaugurated the exhibition "23 Argentine Artists Now" in Dallas and Houston, Texas.
Was the creator and organizer of the first Sculpture Competition on Soap, held at the Salas Nacionales de Cultura (Palais de Glace) in 1993 as well as the Homage to Victoria Ocampo in “Villa Victoria”, Mar del Plata, January/March 1991. In 2013 he organized “La Constitución Guía al Pueblo”, an important show by Master Guillermo Roux. 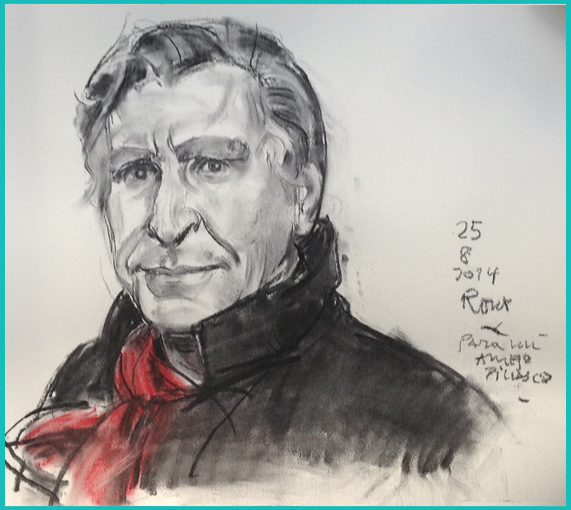